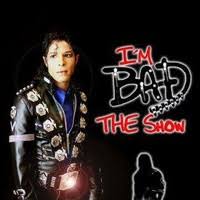 He has the look, he has the sound, and he has the moves!!! From the wardrobe to the stage show, one thing is certain: No one personifies Michael Jackson like Tej’ai Sullivan.

He began his professional career at the early age of two years old. He got his start performing at family functions and birthday parties, then later performing and consistently winning talent shows at Chicago’s New Regal Theater as front man for his tribute group “Imitation 5ive” throughout his childhood.

Born with a very close resemblance to Michael, it was always clear what his destiny was meant to be. Paying homage to the “King of Pop” for most of his life, Tej’ai got his first big break touring internationally through Europe/United States/ Middle East with “The Ultimate Thriller” starring as their Michael from 2009 until 2012 working with principle Jackson dancer and choreographer Mic Thompson. From there, he went on to star in “Forever Michael” touring the United Kingdom and becoming a fan favorite among the top tributes in the Michael Jackson community.

Tej’ai has also performed at Taste of Dolton Festival (2009), Remembering Black History (2010), An Evening in Memory of Michael Jackson (2011 and 2013) and MJ Honors (2013).
In 2014, Tej’ai put together a show entitled “Return of the King” and has been pushing it to become one of the most exciting tribute concerts around. In addition, he has gone on to tour a second time in Germany (2016-2017) with shows such as “Michael the True Story” and “Michael Jackson: The Tribute,” as well as a return to the Middle East for “A Tribute to the Troops” where he was presented three medals of honor for his performances.

Now in 2020, you can catch him on stage with two brand new shows, “Michael Jackson Legend” and “Imitation 5ive: A Jackson Tribute,” as well as starring in a not yet titled film dedicated to the King of Pop.

You can be sure that he will soon become a household name with both of these stage shows and a budding new acting career blossoming. Keep watching because his best is still yet to come!!!

GO BANG! Magazine: Tell our readers when you first started singing and dancing like Michael Jackson?

Tej’ai Sullivan: My name is Tej’ai Sullivan. I am a professional tribute artist/representative for Michael Jackson. I have toured all over the world performing and touring my live show tribute to the “King of Pop.” I was born and raised right here in Chicago. I started out at the age of two years old performing at all of my cousins’ birthday parties. Then, one day when I was five years old, my grandmother came home on her break to find me singing my heart out. She asked my mother if that was really my voice singing to the songs. My mom told her yeah and from that very day she took me to the New Regal Theater and from there it’s history. I started winning talent shows consistently and then later being blessed to tour to places such as England/Middle East/Germany/Italy/Russia/Hungary/Belarus/Ireland/Scotland and more.

GO BANG! Magazine: Have you received any dance or singing training or is your talent natural?

Tej’ai Sullivan: No special training in either. I have been naturally singing and dancing since the age of two, by just really watching or listening, and then just doing it.

GO BANG! Magazine: What is it about Michael Jackson that inspires you to impersonate him?

GO BANG! Magazine: How has performing as MJ affected your life?

Tej’ai Sullivan: It’s always brought me joy knowing I provide a great valued show that all ages can enjoy and talk about. Nothing like that feeling! People really enjoy my shows.

GO BANG! Magazine: Being a singer and dancer, do you plan to ever performing as yourself or impersonating Michael Jackson is your final goal?

Tej’ai Sullivan: I don’t define myself as an impersonator. I call it as a profession being a tribute artist. When I take off the makeup, I am no longer the Michael Jackson character, I am simply myself. An impersonator to me doesn’t turn it off, they continue on as that character.

GO BANG! Magazine: Impersonating a celebrity can have its downside. People don’t know who YOU are. They only know the character that you play. How do you plan to separate you “the artist” from the “Michael Jackson” role you play, when you pursue a career as Tej’ai?

Tej’ai Sullivan: There’s always been a separation from me as an artist from me the tribute artist. Michael Jackson is only one of my talents. I have been blessed to do things such as videography/photography/screenwriting/directing/acting/singing/songwriting/producer. I call myself a “Jack of All Trades.” I never limit my abilities

GO BANG! Magazine: In addition to singing and dancing, you are also interested in an acting career. Your debut role is in the upcoming film “Roseland”, a comedy written by Billy Ray Valentine. Tell our readers about how you got started in acting and what your role is in the movie.

Tej’ai Sullivan: Well, as far back as I can remember, I always wanted to be an actor. I have done theater plays in school, with such roles as Tony (“West Side Story”) and “Aladdin.” But landing a role for “Roseland” was simply a blessing from the higher power. Me and Mr. Valentine saw my potential and gave me my first shot in a feature film as P-Nut. P-Nut is a guy in the neighborhood who’s down with the homies but has ambitions to be an entertainer. He has aspirations to be a famous Michael Jackson and Prince performer, but he daydreams and fantasizes a lot about it. It has been so much fun playing this character and it’s going to be so funny. The cast and crew are amazing.

GO BANG! Magazine: Michael Jackson is beloved all over the world. But, not everyone loves Michael Jackson. Some people continue to believe that he was a child molester, even though all criminal charges were dropped. What is your opinion on that topic and have any fans given you negative responses for impersonating MJ?

Tej’ai Sullivan: I’ve never really had to defend this with anyone because everyone who has ever come in contact with me knows that Michael is innocent and that’s that. I haven’t had any negativity come my way about Michael or my tribute to him. From start to finish, my show is a must see, something that brings people together, and we all party

GO BANG! Magazine: Is there anything that you would like to inform our readers about concerning upcoming projects, performances or movies?

Tej’ai Sullivan: After we wrap from “Roseland,” I am very excited for a few movie projects, as well as my new Jackson’s tribute group “Imitation 5ive.” We have a show under the same name “Imitation 5ive: A Jackson Tribute”, and a Michael Jackson fan film and concert of the same name. Then there’s “Michael Jackson: Legend”, “Power Ranger’s Jurassic Legacy” and a romance comedy called “Do For Love” which will all come out in 2021. I will join forces with Billy Ray Valentine and James Lett III, so please look out for those.

I am also working on an album of my own original music called ”The Heir” and think it’s going to be something to take you back to when music was music and had soul. Music that tells stories

Tej’ai Sullivan: I’m handling it accordingly. I’m being safe, but I am not letting it stop me. I am taking on new challenges, especially with my shows. Now with the virtual concert experience being put into effect, this pandemic only gave me time to get my ideas out of my head and to bring them all to life during this down time.