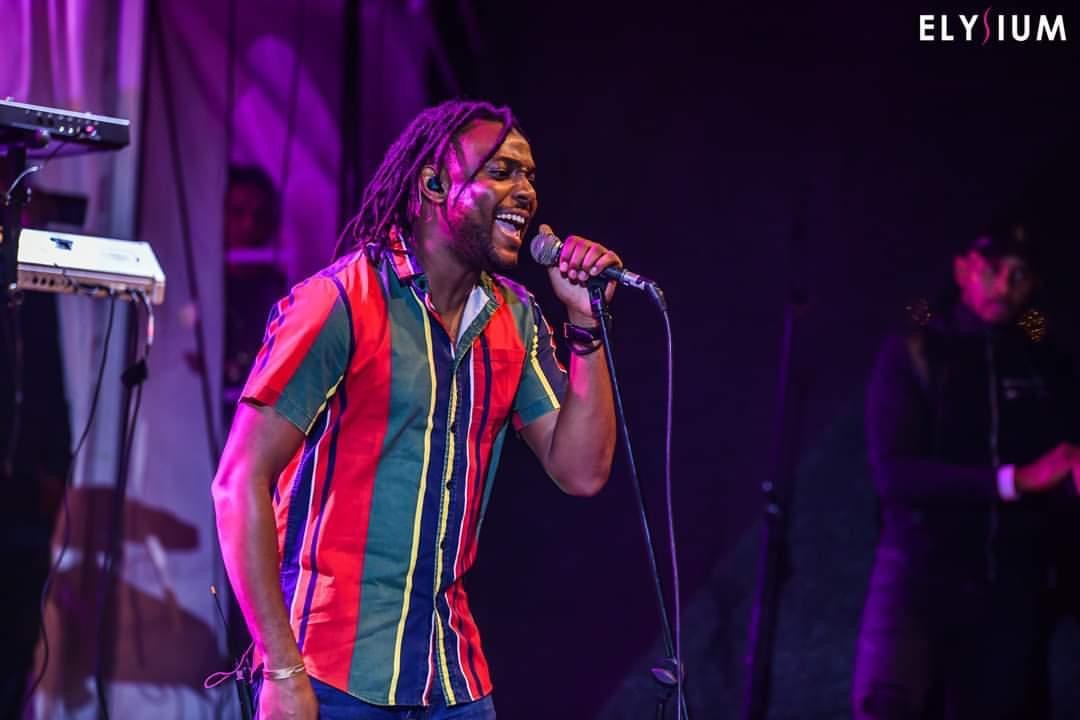 Jamaican singer Natel, born Nathaniel Hewitt, is bringing a new style and presence to the Dancehall/Reggae scene. Son of well-known guitarist Correl Hewitt, Natel has been exposed to authentic, good music from a very young age. His vocal tone is strong and confident, yet still offers a smooth and melodic quality which allows him to cross and fuse genres. His perception and understanding of the world around him gives him the ability to write with a unique storytelling nature that ranges from culturally conscious appeals, with regards to humanity to sensual yet carnal dance tracks which forcibly require the desired body movement.

As a result of, both his lyrical and musical versatility, Natel’s music adds appeal to a much larger fan base that is far superior to your average Dancehall/Reggae artist. His songwriting ability and vocal artistry have been highly admired by international DJ and Record Producer, Diplo. In 2016, Natel featured on a #1 hit single on Japan’s R&B iTunes chart titled ‘Forever’ with Kat Deluna. His creative flair also presented him the proficiency in writing a multi-platinum hit record for Norwegian pop duo twins, Marcus & Martinus, featuring Samantha J, titled ‘Light It Up’.

He has been given the opportunity to use his artistic aptness to work on projects for other well-established artists such as, Sean Paul, Tarrus Riley, Voicemail, Konshens, Alaine, and Assassin just to name a few. He was co-producer and co-writer on “This is Dancehall” by legendary dancehall artist Mr Vegas, after he had been touring with him for many years.
Recently, Natel has had the chance to explore a new market by working with international DJs and EDM producers, such as DJ Chuckie, Childsplay, Jay Psar, BSSMNT, Retrohands and Bcanic to fuse the dancehall sound and EDM together. Through Natel’s display of hard work, dedication and unbelievable talent, it looks like he is going to be the next big thing coming out of the beautiful island of Jamaica.

GO BANG! Magazine: How did you get started in music?

Natel: My father is a musician and my mother has always been In the church choir when I was a kid growing up, so music seems to be in my bloodline. Hearing music at a very tender age and seeing firsthand how it is created caught my interest and so I started picking up the instruments around the house. Next thing my parents noticed, I am a natural.

Natel: Well, reggae is a music genre that was originated in Jamaica in the 60s. The immediate origins of reggae were ska and rocksteady, where the bass was used almost as a percussive instrument. Reggae music in Jamaica started to speed up a little by the urban music creators in Jamaica in the 70s and that’s when the genre dancehall was created.

GO BANG! Magazine: How long have you been performing professionally?

Natel: Many won’t know that I’ve been performing for years in my father’s band (Breeze Band) as a bass player, long before I decided to actually sing. I was about 14 years old and had learned the bass about a year prior. The bass was my first real love until I started to record my vocals in the studio and noticed I enjoyed being a singer. As a singer, my first performance was on a local television station on a talent search reality competition in 2015 (Digicel Rising Stars).

GO BANG! Magazine: Living in Jamaica, your home town, how are you and your music received by the public?

Natel: This competition was aired on one of the more popular tv stations in Jamaica at the time, and because of that NATEL became a household name right across the island. With that said, you can imagine the warm embrace and support I’ve received over the years, watching me grow from one level to the next. Now the love has transformed globally. I have Jamaica and my hometown in Mandeville, Manchester & other parishes to thank for it.

GO BANG! Magazine: In the States, particularly here in Chicago, Dancehall/Reggae has a huge following. In fact, your genre of music has worldwide appeal. What message would you like to send to our readers that live outside of Jamaica, who may not be familiar with you, but may be interested in you?

GO BANG! Magazine: Your father is Jamaican guitarist/artist/engineer/producer Correl Hewitt. What influence or advice, has your father given you about the music industry?

Natel: My father and my mom are both extremely supportive from the beginning. One piece of advice that stands out to me most is that I don’t need to try hard to be myself. So, if at any point I feel like I’m trying too hard, then I’m going the wrong direction. That’s one piece of advice that has helped me to stay out of trouble and be level headed with my decisions throughout life so far. Another bit of advice was to keep God close and everything will work out just fine.

GO BANG! Magazine: You’ve worked with some pretty well-known artists, including Sean Paul. What artists in the future would you love to collaborate with or write for?

Natel: I’d love to work with so many artists in the future. But, I feel like I have so much to learn from Bruno Mars and The Weeknd, since they are also great writers/producers and singers themselves.

GO BANG! Magazine: More recently, you’ve had the opportunity to explore other styles of music by working with DJ’s and EDM producers. How is that new adventure working out for you and your sound?

Natel: It’s working perfectly. I get to find out that many EDM DJs and producers are looking for either a Reggae/Dancehall artist with strong vocals or very soothing and melodious. Fortunately for me, I am well roundly versatile where vocal performance is concerned, so that in itself became a hit for me. The European producers are very professional and talented. I believe the collaboration with me and many of them turned out to be magical because of that chemistry.

GO BANG! Magazine: Are there any current or upcoming projects that you are working on that you’d like our readers to be on the look-out for?

Natel: Patience mixtape is my most recent project released and it’s in all stores, including my website http://www.natelmusic.com, so you can definitely check that out. I’m also about to release the DELUXE edition of “Patience” mixtape’ in about four weeks and that’s a project you’ll definitely want to add to your collection. There is a collab with Konshens on the mixtape called ‘Make Money’ and also an official music video for it as well. That’s for my new single “Wake Up.”

I’m always working on my projects, as well as other very popular Artist’s and producers projects that you might know. So, because my work ethic, you can keep an eye out for the next full project that I’ll release titled “Tsunami Season” and another full project called “Introvert.” Shhhh…that was supposed to be a secret 😉

Natel: First of all, my condolences to all the families who lost someone because of this horrific virus and for those who are affected by this pandemic in any way shape or form. My prayers are with you. “Don’t worry… about a thing… every little things… gonna be alright” in the words of the legendary Bob Marley.

We have to all inhale and exhale and just see this for what it is and do what we need to do to keep ourselves and our families safe. That’s how I’ve been dealing with it. It’s a very rough situation that we could not have planned for or even imagined.

Shows and tours all over the world have been canceled for us, so you know our livelihood has slowed down. But, I’m seeing the glass half empty and taking this opportunity to record more music and get my mind, body and soul in the right place.

When this pandemic is over, we should be aiming to be even stronger than we were before.

GO BANG! Magazine: We here at Go Bang! Magazine would like for you to join us in wishing Natel an early HAPPY BIRTHDAY (6/27)!