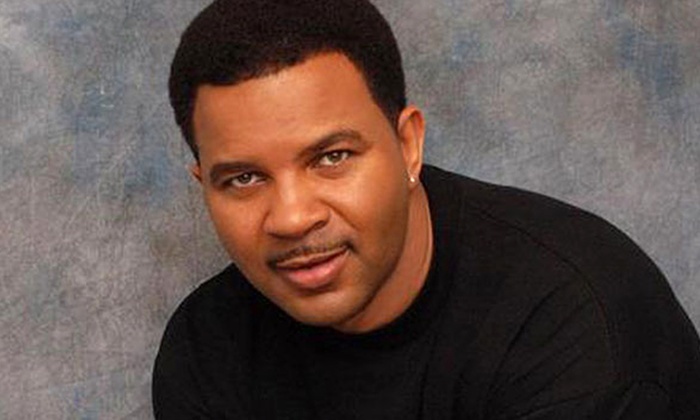 In 2002, B. Cole wrote and starred in his first feature length film, A Get2gether, now distributed through Millennium Films and can presently be seen on cable, satellite and Dish networks. A Get2gether has been showcased nationwide in several festivals and it won the Best Independent Film Award at the 2005 Chicago Comedy Awards. In the same year, B. Cole was also awarded the Robert Townsend Award for his sketch comedy show “The B. Cole Show.”

In the summer of 2016, B. Cole wrote and directed his latest feature film Heaven on Seven, starring comedian Damon Williams and actress Terri J. Vaughn.

February 2017, B. Cole released an independent web series written and directed by him titled Man Who Starred in Over 10 Million Movies. These comedy shorts can be viewed on his YouTube channel B-Cole Films, Twitter and Instagram @bcole_films.

B. Cole has captured audiences across the country with his original side-splitting, thought-provoking material. He has toured U.S. military bases throughout Japan and here in the states. His internationally acclaimed signature comical piece, “I’m in Love with a Crack Head”, a satirical love poem, inspired B. Cole to develop the concept into a short film that was debuted May 1, 2017 at www.lrplive.tv.

B. Cole: I grew up on the south side of Chicago in the Roseland/Pullman area, where it’s now known as “The Wild Hundreds.”

B. Cole: A year after high school, I decided that I wanted to do comedy. I was confident that I was funny from the jokes and laughs I had with my friends. The first Friday of November in 1991, I went to an open mic of a variety show at The South Shore Cultural Center. I went alone for three weeks, just to get a feel for the crowd, and see how everyone received the comics, outside the musicians, dancers and impersonators. It was the first time I ever attended something cultural like that on that level. Thanks to creator and host Donn Carl Harper for giving me my first shot.

On Black Friday, the night after Thanksgiving, I felt that I was ready. I had my jokes together, nervous, but after my first joke “Hey my name is Brandall Cole and I just finished college, give it up for a young black man finishing college (applause) Well I didn’t graduate I just finished going.” They laughed, and the rest is history.

B. Cole: I think my corky, cool persona. I have a cool delivery of some sometimes corny, over your head jokes. Some comedians just speak what’s on the surface. I speak a lot about topics that I hear and read on social media everyday, all day in barbershops and salons. I wanna take people away from that, for at least an hour, to a Cole world.

GO BANG! Magazine: You’ve done some acting as well. Are you still pursuing that area of entertainment?

B. Cole: Yes my first professional acting job was an indie film titled A Lover for my Husband in 1992. My last acting job was in a Chicago series called “This is not Chiraq” in 2015. The show lasted for one season that streams now on Inde.tv.

GO BANG! Magazine: You’re a business man as well. You have branched out, doing more than just comedy. Tell or readers about other business ventures that you’re involved with.

B. Cole: I have produced and directed feature and short films, a web series, a sketch comedy television pilot titled “The Cole Boys Comedy Show” with co star Deon Cole. It can be seen on my Youtube channel “BColefilms.”

GO BANG! Magazine: What advice would you give to an aspiring comic trying to break into the comedy world?

B. Cole: Study, respect and master the art of comedy, and most importantly have fun.

B. Cole: Right now, I’m pitching shows to some major networks, I have a stand up performance on a new series called “Laugh Tonight with Damon Williams,” hosted by my good friend Damon Williams himself. I’m also continuing my residency at The Dojo Comedy House in West Hollywood, 7038 W Sunset Blvd, atop the Sycamore Tavern, every Tuesday. I call it “The Comedy Gym at The Dojo” where professional comedians can come workout their material, getting it ready for bigger shows, hour specials etc., without feeling the pressure of being funny as people expect them to be. It’s hard to be a Dave Chappelle and try a new routine in a sold out stadium or on TV.

The Comedy Gym at The Dojo is set up perfect with a small intimate non-judgmental crowd and absolutely NO phone recording. I’ve been into films for so long, I felt it was time to get back in the gym. @comedygym2020 on ig and Comedygymthedojo on FB.

B. Cole: Full of faith and praise. I am feeling it take a toll on me, by not getting on stage to have an outlet for myself to relieve stress and cheer up the world. One day at a time though. This too shall pass.