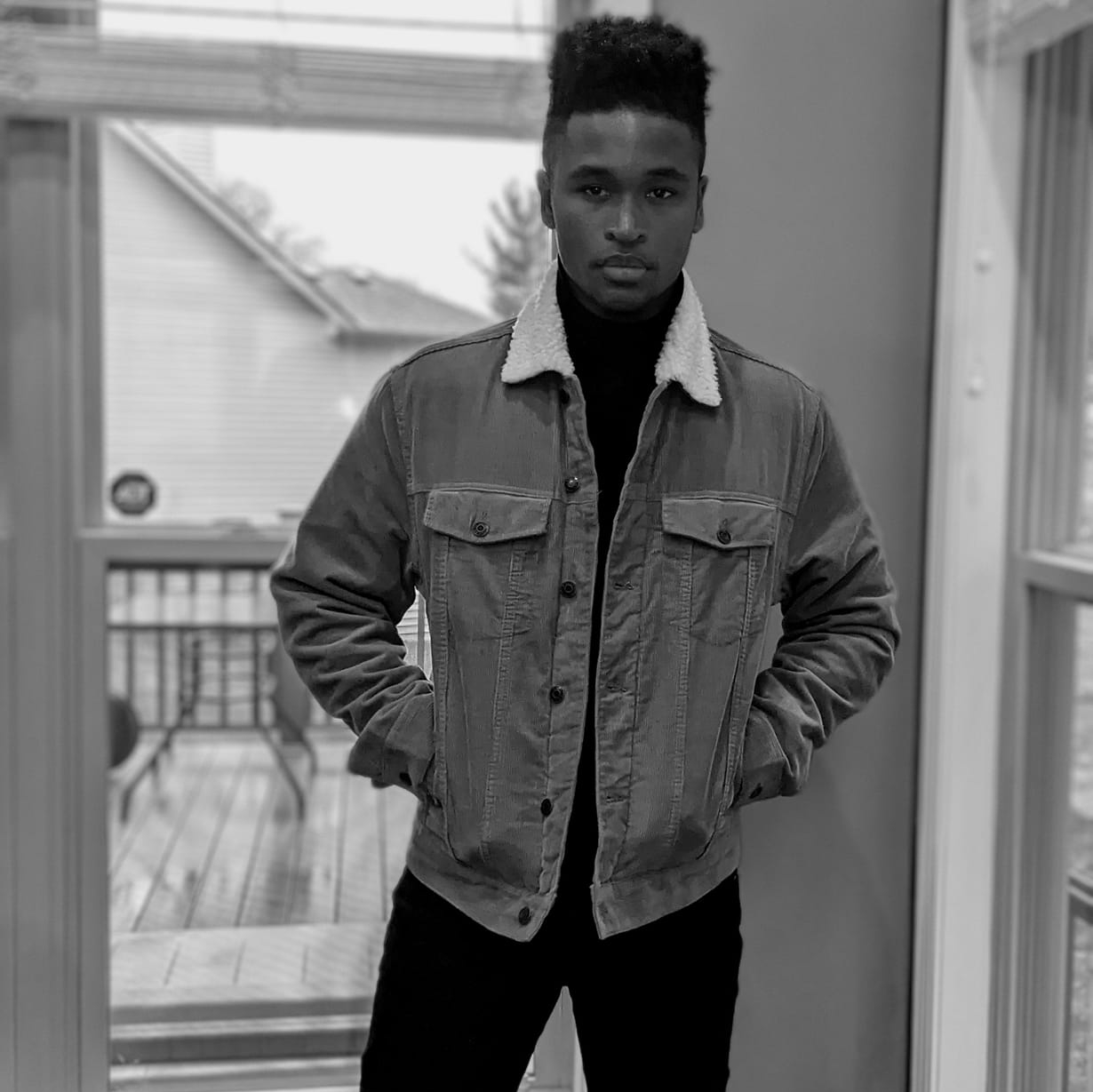 Blake Hawthorne is a performing singer, songwriter and actor hailing from Indiana destined to leave a mark in Chicago and the world. At the youthful age of 21, he has already performed in several musicals and released his own music, independently.

He’s performed in a number of stage productions in the Chicagoland area including “The Other Cinderella” and “You Can’t Fake The Funk” which are also two of his most favorite musicals.

Blake plans to continue releasing new music independently, as he works to accomplish all of his goals. He believes in making music that reflects his life. Although he’s just beginning his journey, he’s quickly gaining momentum and has nowhere to go but up.

Possessing plenty of experience in both music and acting, he plans on becoming a legend in the entertainment industry that will last for decades to come.

Lastly, Blake is the son of one of my Kenwood Academy high school classmates, Marcus Hawthorne. I know you and your family are so proud of your son bro! #BroncoForLife

GO BANG! Magazine: When and how did you get started in entertainment?

Blake Hawthorne: I started singing at 8 years old. I sang in a school recital and realized that I was pretty good at it. After that, I started taking lessons to get better. It took a long time to reach the point I’m at now but I was ready for the work.

Blake Hawthorne: While I am a singer, I also play guitar, produce music, and write lyrics. I believe in trying to do as much as possible.

GO BANG! Magazine: How would you describe the Blake Hawthorne sound?

Blake Hawthorne: The Blake Hawthorne sound has evolved plenty of times over the years. I tend to mix genres together. RnB and Blues will always be apart of my sound. I like to do those genres my way and update them for today.

GO BANG! Magazine: In addition to singing, you’re also a stage actor. How does your acting experience influence your singing style or stage presence?

Blake Hawthorne: Being a stage actor has really influenced my performance style. The stage taught me that I need to make sure every person is feeling the performance the way I do. Doing shows for such a long time gave me the experience I need to make my shows better.

GO BANG! Magazine: What is it about acting that attracts you to pursue it?

Blake Hawthorne: I got into acting at around 13. I always loved movies and dreamed of being in one. Today, I still want to be the main star in a big movie. Being able to take a script and make it feel real is such a fun challenge.

GO BANG! Magazine: Please name any producers, songwriters or other artists that you would LOVE to work with.

Blake Hawthorne: My number one producer that I would work with is Nile Rodgers. I like his music and his style of funk. I think we would make great music together. He’s easily at the top for me. He’s also my favorite guitarist. I’m heavily influenced by his style.

GO BANG! Magazine: What is your ultimate goal in the entertainment industry?

Blake Hawthorne: My first goal is to reach the point where all I do as a career is entertainment. I want to be able to fully support myself with only acting and singing. From there, my goal is to try just about everything in the entertainment industry that I can.

GO BANG! Magazine: What are you currently working on that our readers should be on the lookout for?

Blake Hawthorne: I’m working on new original songs. They’ll be released on my YouTube, Blake Hawthorne, and available to download and stream elsewhere. It’s time to take my sound in a new direction and I’m excited.

Blake Hawthorne: I make sure to get outside and keep working on my craft. The pandemic has made a lot of people lose interest in their goals. I stay conscious of that and make sure I’m still doing all I can. I make sure to remind myself how much I need this. It’s very important that I don’t lose sight of what I’m here for.

Reprinted from pbsupdates@pbs.org “Generation 9/11” is an intimate film driven by the stories and personalities of its protagonists, who were born in the wake of a global tragedy which, for them, was also deeply personal. But it is also the story an entire generation that has been shaped by the attacks and their aftermath. VIDEO […]

We are excited to announce our latest addition to the winner’s panel: producer and exec, Liza Glucoft (FX Network, Ridley Scott’s company, AwesomenessTV). The NexTV WRITING & PITCH COMPETITION is for those extraordinary writers who are looking to get their material in front of top industry professionals. Regular Deadline on OCT. 1 Submit Your Work:Features, […]

Vaccines For Kids Under 12 Could Be Coming In November, Officials Say

Courtesy of: https://www.dph.illinois.gov/covid19/third-dose-faq DISCLAMER: GO BANG! Magazine neither defends nor opposes the vaccine. This article is for informational purposes only.   Anyone 12 years of age and older is eligible for the COVID-19 vaccine.Find your nearest vaccination location at https://www.vaccines.gov/ or call (833) 621-1284 to schedule an appointment near you. Who should get a third dose […]

Photo credit:  Erik Kabik Photography/ MediaPunch Reprinted from https://www.laineygossip.com/ Who is the Queen of Pop? It’s the great debate of our time, or at least of last week after Lizzo summoned the ire of Madonna fans around the world when she bestowed the label on one Miss Janet Jackson. When I saw her tweet I […]