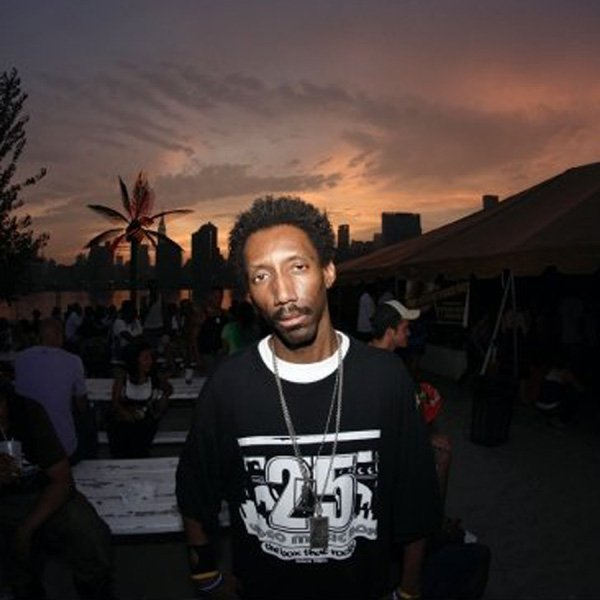 Robbi The Promoter is based in New York City. He began promoting in 1995 and currently promotes dance parties (in and outside of New York), web sites, clothing, dance music videos + releases, and is affectionately known as the “5 Time Award-Winning Best Promoter”, winning Undergroundarchives’ Best Promoter award five years in a row (2000-2005). His promotional reach extends from Chicago to Philly, Miami and beyond.

He also “shops” music to labels and has played a major part “raising” (promoting/managing) a few DJs, from the ground up, such as Ian Friday, Mr.V, Alix Alvarez, Adam Rios + Mark Francis, and Miguel Ortiz, just to name a few.

His managing and promoting has single-handedly made Chicago legends DJ Wayne Williams and DJ Alan King more popular in New York and cities outside of Chicago.

He’s also a “filter” for DJs, which simply means that promoters from all over contact him to book DJs which in turn, he refers them to the actual DJ or their booking agents.

He has a blast doing all of this all day, which makes his “pro” life pretty much his personal life.

GO BANG! Magazine: Why did you decide to pursue the business side of the House music industry and become involved in the marketing and promotion of dance parties?

Robbi The Promoter: Actually I never planned for it to get this far nor be a promoter. I simply love the music but was always too broke to get into clubs. I used to go to these parties called the “Underground Network” and asked around if there was anything I can do to help. So, I was introduced to Cedric Freedom (RIP), Barbara Tucker (yes the Queen of House music), and Don Welch, who ran that party. So funny! It was a meeting that lasted not even 30 seconds…..They gave me a stack of flyers and told me to go hand them out!

GO BANG! Magazine: Over the years you have become what some would call a legendary promoter in the House community. How do you feel about possessing that title?

Robbi The Promoter: Without a doubt I feel great about it. First, I’m probably the only one in the world that uses promoting as an art form. I mean from the time I was handed that first stack of flyers, I’ve been extremely creative with the way I do things. My aim daily is to impress folks with insane thought process that constantly evolves ……for most part, it’s like watching a legendary DJ do those distinct tricks.

GO BANG! Magazine: There are many people that may call themselves promoters that simply share flyers or events on Facebook. Is that all it takes to be a promoter or does promoting consist of more than that?

Robbi The Promoter: Well to be honest, one can succeed in doing just that if they have a ton of followers, but of course promoting consists of way more than that.

GO BANG! Magazine: What is it about you or your personality that make you effective as a promoter?

Robbi The Promoter: I actually don’t have much of a personality and very poor social skills. When I’m out, I don’t talk much, sit at bars, engage in convos or any of that stuff. But, it’s the way I do things and the artists I’m associated with that brings attention to me and the things I’m involved in.

GO BANG! Magazine: Not only do you promote dance parties, you also promote websites, clothing, music and more. What is the difference in promoting products versus events?

Robbi The Promoter: Parties, websites, and clothing, I target everyone. As far as for Music, I target DJs and people I know who collect music.

GO BANG! Magazine: You’ve promoted events in the U.S. and abroad, including here in Chicago, the home of House music. What in particular do you like about promoting Chicago DJ’s and events?

Robbi The Promoter: When working with the Chosen Few DJs and Ron Trent, first the most important thing they NEVER do is crowd or micromanage me (as I’m quick to get away from the controlling types.) They’re swift in providing me with tools I need and working with them is naturally smooth and exciting. Speaking of tools, lemme give a quick shout out to dude MOE (moeknowsbest.com ) the media/artwork/web design guy for the Chosen Few. In my 26 years, his work is the best I’ve seen.

GO BANG! Magazine: What advice would you give to someone that is interested in becoming a promoter, but don’t know exactly how to begin or if they have what it takes?

Robbi The Promoter: First learn and love whatever you’re interested in doing. If you’re desperate and just geared on becoming a star, it’s not going to happen and you’re going to look stupid (to me at least.)

Just starting off?? I’d suggest take a course in Marketing.

Avoid being exclusive to working with one person it never ends well. For example, I’ve seeing tons of so called EXCLUSIVE promoters benched during the pandemic.

GO BANG! Magazine: The COVID-19 pandemic has caught the world off guard. How are you dealing with it personally?

GO BANG! Magazine: What is next on the agenda for you? Do you have any projects lined up for later in the future, after the COVID-19 pandemic that you can tell our readers about?

Robbi The Promoter: As soon as clubbing restarts (if ever), I’m ready to relaunch my UPTEMPO party (residents Franke Estevez and Duce Martinez) at a nice club in Brooklyn.

You can follow Robbi The Promoter on ALL social media formats:
IG@robbipromoter05
FB@robbiethepromoternyc