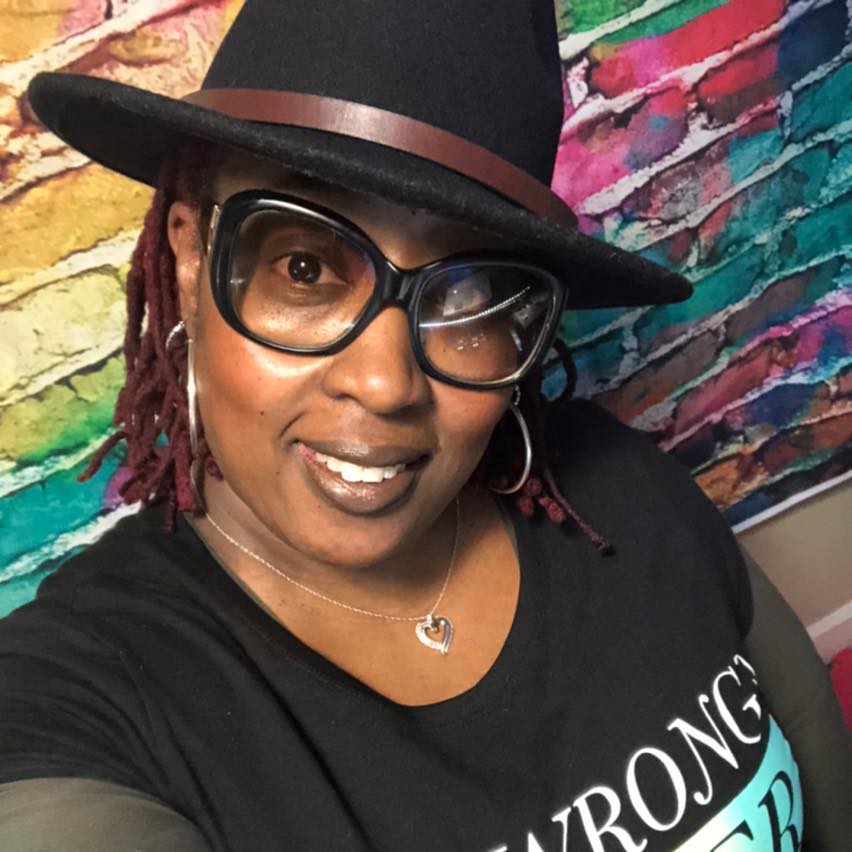 LaTanya Bryant-Calahan, who is better known to the House community as LADiiBUG, is a Chicago native who has been making a name for herself as a DJ on the Chicago House music scene.  LADiiBUG inherited a strong love for music from her parents and her involvement in award-winning choirs and multiple music groups.

Under the watchful eye of her husband and many other talented DJ’s, LADiiBUG began her quest and has become a unique DJ with an eclectic style of her very own. Since 2015, LADiiBUG has been spinning at a variety of venues throughout Chicago, which also helped her become a resident DJ on DaBooth 312, that aired on WIIT 88.9.

Now, her goal is to continue gaining a better understanding of the history and culture of House music by infusing her sets with the “Sounds of Mother Earth” and taking her followers and fans on a musical journey that will leave them wanting more!

GO BANG! Magazine:  When and how did you get started as a DJ?

DJ LADiiBUG:  In the 90s, I always wanted to be a Hip Hop DJ, but I never pursued it. So in 2013, I was attending Olive-Harvey College and I was taking a Music Appreciation class. The class was assigned to do a project with partners of different music genres. I was assigned House music. I discovered so much about the culture and was enlightened on more than I thought of the genre and I discovered the artist Black Coffee.  So in 2014, I met my husband and he just happened to be a House music DJ. I gained the interest to learn on his equipment in 2015 and now here I am.

GO BANG! Magazine:  You describe your style as eclectic and the “Sounds of Mother Earth.”  What exactly do you mean by this?

DJ LADiiBUG:  My style is for everything, I love music period! When I became a House DJ, I learned to bring what I love to this genre and play all of its styles. It’s what separate me from other DJs and allows me to show my ear or sound for music. It allows me to stretch and push myself to stand out. This is who LADiiBUG is.

The term “Sounds of Mother Earth” is the sound of African drums and beats of this culture. I love bass, drums, instruments and harmonious sound. The blending of two songs is like a group or choir.  Every sound has to be in place for it to deliver and this why I fell in love with African House and Soulful House.  That’s how I started coming into my own.

GO BANG! Magazine:  What DJs inspire or motivate you?

DJ LADiiBUG:  My very first DJs were my parents. (laughing) I listened to Jazz, Gospel, Funk, Disco, Soul, R&B in my house growing up. I learned to play records like they did.

My husband motivated me to be the DJ I am by taking me to parties early in our relationship and discovering other DJs/Producers that I admire a lot.  To name a few from Chicago and abroad would include Mike Dunn, Tony T, Terry Hunter, Glenn Underground, Anthony Nicholson, Joey Negro, Louie Vega, Kenny Dope, Vick Lavender and a few of my fellow female DJs.

GO BANG! Magazine:  In the past, female DJs were more of a novelty, and not taken as serious as their male counterparts.  Do you think that image has changed and why or why not?

DJ LADiiBUG:  Great question!  Well seeing as how I didn’t come into the House culture until 2015, I’ve heard so much about how women DJs were not considered equal to men.  Back in the past I watched and followed the legends like Celeste Alexander, First Lady Khris Hutchinson, Lori Branch, (Pyscho Bitch) Valerie Schein.  Now, Dee Jay Alicia, (CZ Boogie) Czarina Mirani and Nicky D’Vine, just to name a few.  I asked questions and listened to some of their stories personally or from a far.  I believe women have changed the image and have made a huge pathway for newer DJs like myself to be appreciated more. Can I say we are equal? No, but because the ladies put in the work over the years, the image has changed and we are holding our own.

DJ LADiiBUG:  This question is a difficult one because there are several DJ’s with mad skills that I like, familiar and underground ones.  But the ones I would personally love to work with, DJ with and just learn the business from are Mike Dunn and Terry Hunter.

The events that I would like to play at is definitely the Chosen Few Picnic, The Silver Room Block party main stage and Mi Casa Su Casa. Others would include the event in Amsterdam and to have my own Boiler Room set. Lastly, wherever God wants to send me! I’m just his vessel anyway.

DJ LADiiBUG:  The opportunity came when Derek “Smokin” Jones put up a post on Facebook and he tagged me in it. DaBooth was looking for a female DJ to audition. I wasn’t going to do it at first but God lead me. I reached out to him, came in the studio, played my set and he reached back and invited me back to the Studio. He asked me did I want to be apart and I said Yes!

The crew of DaBooth Mix 6/DaBooth 312 consisted of myself, Bobby Q Bobby, Derek, Rob Waite, Ron Tinsley and Jesse Velasco. It was such a great opportunity, especially being able to play for a broader audience on the Southside and Northside.

GO BANG! Magazine:  Besides being a DJ, you are also involved in the arts, being involved in award-winning choirs and music groups.  Please tell our readers about your other musical talents and experiences.

DJ LADiiBUG:  I used to sing with Walt Whitman and The Soul Children of Chicago for 5 years and later sang with other various choirs and groups.

GO BANG! Magazine:  By being gifted in music as a performer and a DJ, have you ever considered putting those skills to use as a music producer and produce tracks or songs?

DJ LADiiBUG:  Yes! It’s funny because I thought I had to go to school to become a DJ, so I enrolled into Columbia College and took up Sound Engineering. What I didn’t know is this major was teaching me how to produce music. I always have sounds and ideas to make tracks.

My desire is to have creative control of my brand, LADIIBUGMUZIK LLC.  I want to connect with various musical geniuses from this city and the culture, to make great House music and continue to keep it alive.

GO BANG! Magazine:  What is it about the House community that attracts you to it, as a DJ?

DJ LADiiBUG:  What attracts me most about the community is dance, the love and the sound of House music. It speaks to your soul and demonstrates such versatility for all people. It unifies us!  There are many DJs and many different genres, and those who play the sounds that they like, they stay in their lane.

GO BANG! Magazine:  In conclusion, the COVID-19 pandemic has caught the world off guard.  How are you dealing with it?

DJ LADiiBUG:  By staying home with my sons, staying masked up, playing music on social media and keeping away from close knit parties until it finally over. God has been Faithful to me and my family during this pandemic.

Pierre A. Evans is a freelance writer of Entertainment, Music, Art, Culture, Fashion and Current Events, and previously for SoulTrain.com,  NDigo.com,  ChicagoDefender.com,  EmpireRadioMagazine.com, and UrbanMuseMag.com, an author, singer/songwriter, actor, model, poet, dancer, and DJ. He is also the owner of Pinnacle Entertainment Productions.  Follow him on Facebook, Twitter, and on Instagram