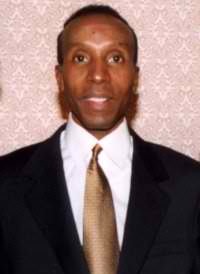 Longevity is the word that describes Tony Gray’s career. In a downsizing industry, the St. Louis native remains a principle player. In 2009/2010, Radio Ink Magazine named Gray one of the most influential African Americans in Radio. His client list includes some of the most successful Urban, Urban AC, and Hip Hop stations, to his first client KPRS in Kansas City, Mo (America’s first owned African American radio station). It was here that the late broadcast pioneer, Skip Carter, saw something special in Tony. Today, his passion to provide clients with top notch service preserves his place as a leader in his field.

Tony’s passion for music was fueled at an early age. His initial influences were Hall of Fame Broadcasters Harry Caray (KMOX) and Don St. John (Powerhouse KWK). While in high school, Tony landed an intern position at St. Louis rock station KSLQ. After graduation, he headed to Normal, Illinois to study communications at Illinois State. With a degree in hand, Tony got his first paying job at a small country station in Peoria, IL. However, it was not long before Dan Valle offered him a job at WEZB (B97), in New Orleans, holding down the 10p to 2a shift.
Tony’s career would take him to markets like Baton Rouge,
Detroit, and Philadelphia where he was a star radio personality on Power 99 under the name “Mike Jackson.” After a few years at Power, Tony’s mentor, Barry Mayo, offered him the job of a lifetime; Program Director at WRKS Kiss 98.7 in New York City. Kiss was New York’s number one radio station for nine books in a row.

In 1990 Tony left WRKS to start his own consultancy company. 25 years later, Tony is still living his dream.

GO BANG! Magazine: For our readers that may not be familiar with you, would you please briefly give our readers a synopsis of your professional work history?

Tony Gray: I began my career in radio as a intern at KSLQ in St. Louis, MO. From there, I worked at WGLT, the campus station, as an undergrad student at Illinois State University in Normal, IL. After college, I worked at WGOK in Mobile, AL for a short time, before accepting a job at WEZB in New Orleans, LA. That lead to programing jobs in Baton Rouge, LA at WTKL,WOWI, Norfolk, VA, WDRQ, Detroit, MI, WUSL, Philadelphia, PA and WRKS, New York, NY.

GO BANG! Magazine: When did you know that you want to be involved in Radio?

Tony Gray: I first became interested in Radio at the very early age of 13.

GO BANG! Magazine: What is it about Radio that attracted you?

GO BANG! Magazine: As a Black man in Radio, with your own business, you are an inspiration to many. What advice would you give to a young person that’s trying to break into the Radio industry?

Tony Gray: My advice to anyone coming into the broadcast industry is to study the ever changing Media landscape and work hard to accomplish your long-term and short-term goals.

GO BANG! Magazine: You are currently the Radio President and CEO of Gray Communications in Chicago. Please tell our readers about your company and its mission.

Tony Gray: Our mission is to deliver quality programming to the markets we serve.

GO BANG! Magazine: You’re also a consultant. What type of specific consulting do you provide to your clients?

Tony Gray: Our consulting services focus on programming and management.

GO BANG! Magazine: I have personally witnessed you participating in several community events and student mentor programs. Why is it important for you to give back to the community.

Tony Gray: I have always believed in giving back and helping the next generation.