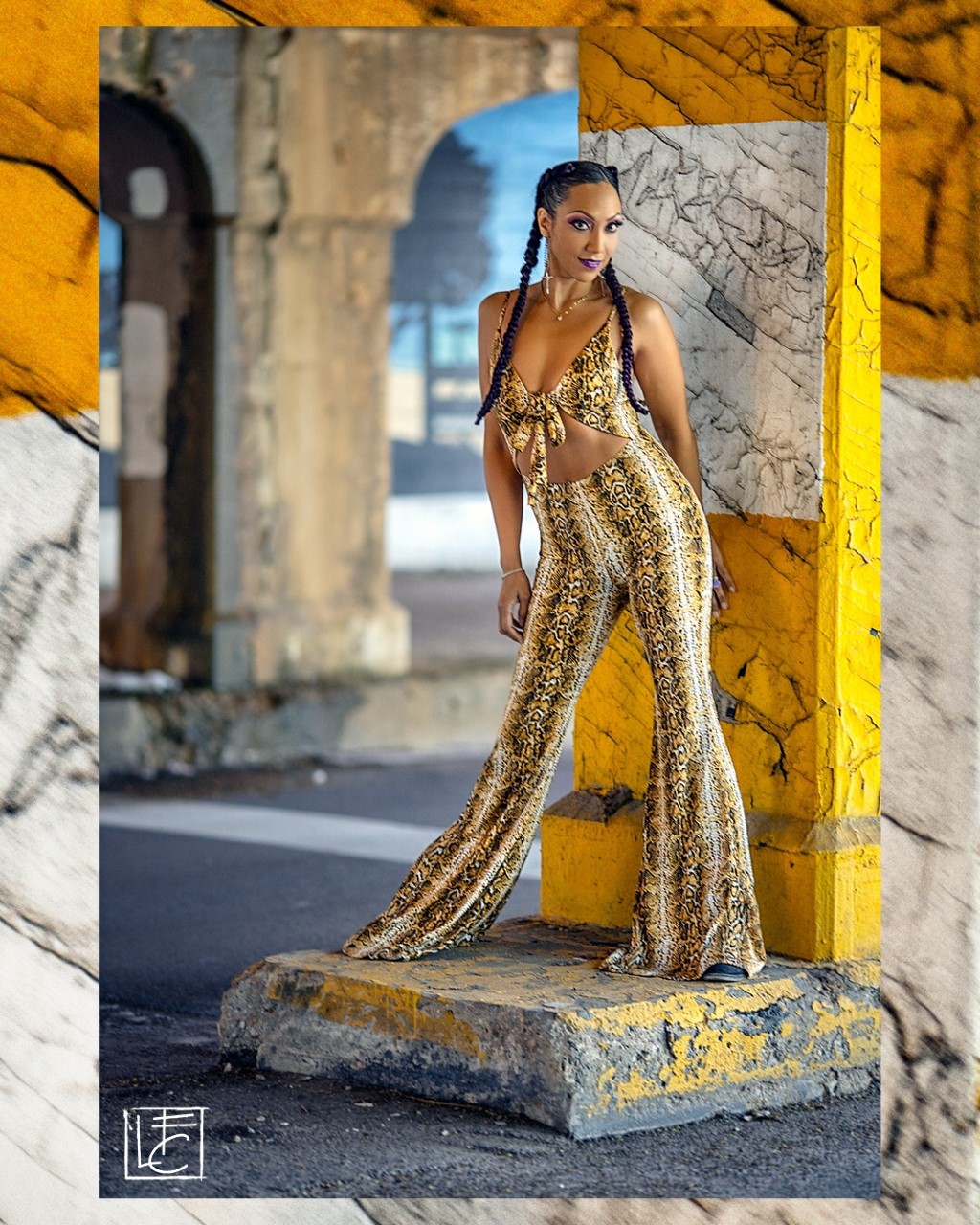 Born in the Philippines to a Filipina mother and Indian father, Czarina (aka Czboogie) moved to the United States and attended Northwestern University majoring in Theater. She wanted to be an actress and did films, TV, commercials, and modeling, (all that lovely shit) for 15 years, but also had a serious love affair for House.

Czboogie’s style of sexy Disco-infused House music has made her an in-demand DJ all over Chicago, in cities around the US, as well as in Asia. She has had DJ residencies at Smartbar (Chicago’s number one club for electronic music), Evil Olive, Grandbar, Hydrate, 3 Degrees at Primary, Circuit, Crocodile, Uptown Lounge, Cocktail, Drop Chicago, and with the legendary Boom Boom Room (the longest running House nightclub in the world.) One of the highlights was her Nu-Breed Residency with the world-class House legends Cajmere and Chez Damier at Smartbar.

She is also part of the DJ collective The Untouchables with Farley Jackmaster Funk, Paul Johnson and Gene Hunt, 3 Degrees Global the Strictly 90s crews.

In August of 2005, she began 5 Magazine and says “House music has now become my full time job!” 5 Magazine is the nation’s only magazine committed exclusively to the dance music that grew out of Chicago’s club scene. “It’s very much a labor of love,” says Mirani. The monthly magazine, with 10,000 copies distributed free of charge throughout Chicago, includes stories on artists, DJs and producers from House music’s past and present.

Aside from being the Publisher and Editor-in-Chief of 5 Magazine, she also does 5 Magazine radio shows and podcasts. She currently is doing ‘Cz’s Boogie’ which won New City’s ‘Best House Music Podcast’ as well as the ‘Conversations’ podcast where she interviews some of the most prominent names in the dance music field.

Loving all aspects of the House world, Czboogie promotes several events in Chicago and has her own dance company (Fivestarboogie Productions) with dance performances and classes throughout Chicago. Her House dancing classes have been named by the Chicago Reader as the ‘best dance class in the city.’

She has faced several cultural barriers throughout her professional life. But being a female, Asian DJ made her stand out and helped propel her career. She goes on to say, “House music is multicultural and it’s a very accepting culture.”

GO BANG! Magazine: What do you remember most about living in the Philippines and when and why did you decide to move to the United States?

Czboogie: My mom is Filipina and my dad is east Indian and that is where my family home is. My mom was a socialite and always had big parties in our house. We even had a little disco of sorts, and she would jam out Disco tunes all night long!
I decided to move to the States because I wanted to pursue an acting career, so I went to Northwestern University to major in Theater.

GO BANG! Magazine: When and how did you first become interested in spinning?

Czboogie: I had become interested in spinning because I was already at year 5 of the magazine and I had interviewed so many DJs by then. I was actually curious as to the technical aspects of it, not really thinking I would eventually play out. I was dating Rees Urban at the time and he was kind enough to show me the ropes.

GO BANG! Magazine: The House music in Chicago varies depending on what side of the city you’re on. How would you describe the music played on the north side in comparison to the south and west side?

Czboogie: Well I suppose the traditional answer would be that the north side of Chicago tends towards newer music while the south side plays more of the classics. I’m not really sure about the west side, as I didn’t frequent as many establishments there. That’s a really broad generalization though, because we all know that statement can get easily flip flopped depending on what night, venue or DJ is taking place!

GO BANG! Magazine: In addition to being a legendary DJ, you are also a talented actress, model and dancer. What is it about being a performer that you like most and keeps you inspired to perform?

Czboogie: You are too kind! I love performing because it’s what I’m naturally drawn to do. I love the rush of being onstage and either playing a role or dancing. I’m an extrovert and I have a lot of energy so a lot of it comes from getting it all out there to a bigger audience!

GO BANG! Magazine: Can you tell our readers about your dance company Fivestarboogie Dancers and how they can find out more information about performances or classes?

Czboogie: I had originally started Fivestarboogie Dancers as a side project while dancing and training at Joel Hall Dance Company. I was really into different styles of dance even then…so aside from being classically trained in studio dance (ballet, jazz, modern) I loved House dancing, Vogueing, Bboying, etc. I wanted an outlet to be able to mix all of those styles together. So I would go out to New York, take a million classes in different styles, write a show, choreograph the pieces and cast my dancer friends in these shows. We would then perform at theaters and nightclubs around the city. The shows were always well received because they were a happy mix of club and party vibes…we would have an absolute blast!

In terms of classes I used to teach House dance classes on and off throughout the years, the last class being for the Chicago House Music Festival at Millennium Park. I don’t teach so much anymore, mainly because I have some major dance related injuries in my legs that make it difficult. That’s why I took up Aerial arts so I can use more of my upper body and stay active.

GO BANG! Magazine: Besides being a House dancer, you are also trained in other styles of dance. What other types of dance can you do?

GO BANG! Magazine: As an actress, you performed in commercials, TV and film. What types of roles were you drawn to and most interested in playing, as a character actor?

Czboogie: I used to always get cast in roles as the bad girl lol. Also back then diversity was not what it was at it is now, so they would often try to pigeonhole me in very limited “minority” roles. It was frustrating, so I finally wrote my own production which was a Hip-Hop adaptation of Cinderella complete with full dance numbers. It was a huge success and we ended up doing a second run of it. After that I got out of the acting audition game to focus on my dancing.

GO BANG! Magazine: You’re a beautiful woman with a unique look. It’s quite natural that you would be interested and experienced in modeling. Which types of modeling did you like doing the most: print, runway, sports, industrial or any other?

Czboogie: Thank you for that, you are much too kind! Modeling wise I did print, runway and quite a few industrials. But I don’t really stress this part of my career as I didn’t pursue it. I just took gigs when they were offered.

GO BANG! Magazine: Czboogie is not only known all over the United States, but in Asia as well. How would you describe the Asian House scene in comparison to the scene here in the US? What’s similar and what’s different?

Czboogie: Ooh it’s hard to tell because each country is so different. I think there are huge pockets here and there of underground House in their clubs. I used to play in Manila whenever I would visit my family and was happily surprised how big House was there. Now of course, commercial House and Dance music in general is much more prevalent over there.

Czboogie: Honestly, in the last two years I’ve become less of a party girl and more of a hermit lol. So the whole staying home thing is nothing new to me and I’m ok with it. Of course I count my blessings every day because I know there are so many people that are not as fortunate in their circumstances living with this pandemic. Many House artists I’ve spoken to say they’ve taken this break to sort of recharge their batteries, slow down and focus on other areas of their lives. I’ve become 100% focused on my fitness and am ok with no nightlife right now. It will come back. Thankfully the magazine is still going strong.

Czboogie: I did not know that! I’m so flattered and honored! And I’m very proud of you, it takes a lot to start a magazine and to keep it going. Bravo!