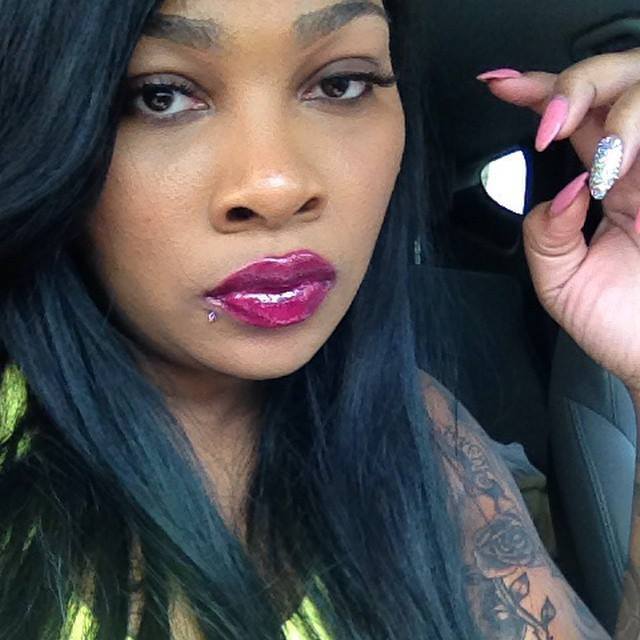 Memorable Quotes: “I feel that being humble is a must…. but mastering how to shut a person the fuck up is a must as well.”
“I pray early and grind late.”

GO BANG! Magazine: What is the name of your show?

Cecelia Robinson: The name of my Show is “Bricks of an Empire.”

GO BANG! Magazine: How did you come up with the concept of the show?

Cecelia Robinson: Coming up with the concept was super easy. I just used my everyday life.

GO BANG! Magazine: What is the show about?

Cecelia Robinson: Bricks of an Empire is about my process of getting my life back together after my release from prison as well as showing me create my movies and books.

GO BANG! Magazine: Why did you create the show?

Cecelia Robinson: I created my show because I got tired of waiting on other people to give me a chance. So I created my own chance.

GO BANG! Magazine: How do our readers see the show?

Cecelia Robinson: The show can be viewed on Amazon Prime in a few weeks.

GO BANG! Magazine: When did you know that you wanted to be an author?

Cecelia Robinson: Being honest, I don’t think there was EVER a time when I wanted to be an author. Believe it or not… my very first book was actually my homework assignment in the GED program.

GO BANG! Magazine: How did you know you were ready to write a book?

GO BANG! Magazine: What inspired you to write Memoirs of a Cold Blooded Bitch!?

Cecelia Robinson: What inspired me to write “Memoirs of a Cold Blooded Bitch” was a letter that I received in prison about one of my daughters. I took two of the sentences and created a whole storyline.

GO BANG! Magazine: What prompted you to title the book Memoirs of a Cold Blooded Bitch!

Cecelia Robinson: Being honest… no other title would do this book justice.

GO BANG! Magazine: What message are you trying to get across with this book?

Cecelia Robinson: The message I’m trying to get across is love all but trust none.

GO BANG! Magazine: Have you written any other books? If so, what are their titles?

Cecelia Robinson: Yes I have. “Memoirs of a Bitch” was my first book. I wrote that in 2007 and my second book is titled “Suga”. That was released in 2010. At the time, I was signed to La’Femme Fatale Publications. Now I’m signed to Freeway Rick Ross Publications.

GO BANG! Magazine: Do you have any other talents besides writing books?

Cecelia Robinson: Actually I do. Currently, I’m a radio personality. I have a talk show called “Trill Talk in the Morning“, that airs Monday thru Friday on YouTube. I’m also a screenwriter. I have two movies being filmed, this coming May.

GO BANG! Magazine: What advice would you give to a writer that may be interested in writing their first book?

Cecelia Robinson: Go for it! The hardest part about doing it is thinking that you can’t. Follow your dreams because they do come true!

Go BANG! Magazine: In conclusion, the COVID-19 pandemic has caught the world off-guard. How are you dealing with it?

Cecelia Robinson: I’m writing. Because I know once this is over… there’s success waiting on me!

Pierre A. Evans is a freelance writer of Entertainment, Music, Art, Culture, Fashion and Current Events, and previously for SoulTrain.com, NDigo.com, ChicagoDefender.com, EmpireRadioMagazine.com, and UrbanMuseMag.com, an author, singer/songwriter, actor, model, poet, dancer, and DJ. He is also the owner of Pinnacle Entertainment Productions. Follow him on Facebook, Twitter, and on Instagram.