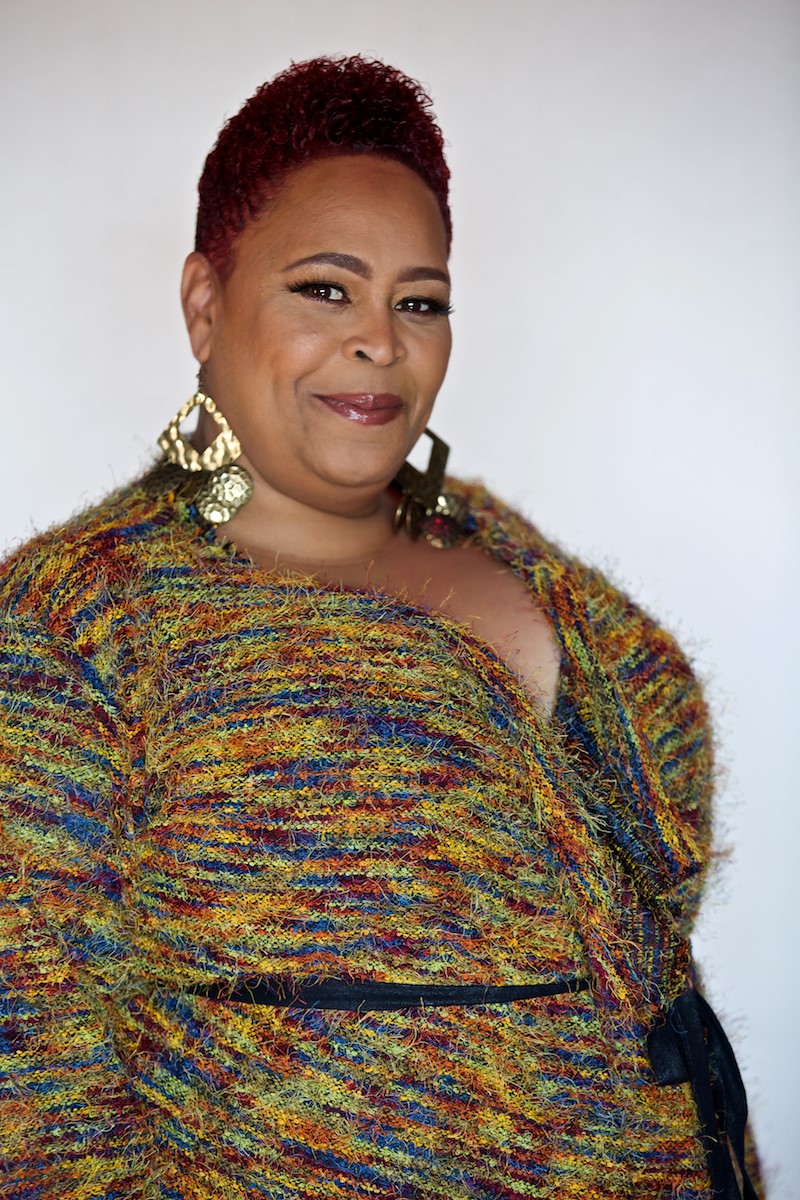 International singer and songwriter, LADY ALMA, is bringing her soaring, searing vocals back to eager audiences who desire her incomparable funk-house-soul stylings. From her dynamic live shows that left critics and fans alike breathless across the globe for two decades, to the recent revival of her hit single produced by The Rainmakers entitled “Let It Fall”, LADY ALMA continues to be a widely praised source of true sonic satisfaction since her introduction.

Born in San Diego, and raised in Philadelphia, LADY ALMA began her entry into the house music scene recording club anthems helmed by the likes of super-producers Yukihiro Fukutomi, Masters at Work, Fanatix, 4Hero, and fellow Philly mainstay King Britt, where she was featured on his legendary album When the Funk Hits the Fan. She has worked with Mark de Clive-Lowe – fan favorite songs include “Keep It Movin’”, “Believe”, “Hold Your Head Up” and their infectious 2010 cover of Michael Jackson’s “I Can’t Help It”. In 2014, she released her single “It’s House Music”, produced by Osunlade, on Yoruba Records, which is still considered a fan-favorite world-wide. In 2017, her single “Peace You’ll Find” was released on Reelsoul Musik, produced by Will “Reelsoul” Rodriguez.

Her track “Let It Fall”, made a resurgence in 2018 when the song went viral via Facebook with over 30 million views (video of a fan seen dancing and lip-syncing to the song in Johannesburg, Gauteng South Africa). Not long after, another video of legendary choreographer Toni Basil, dancing to “It’s House Music”, went viral with over 5 million views on Twitter, and was also seen on Inside Edition. The demand for LADY ALMA’s infectious groove went off the charts. Her single “Glory & Honor” (produced by Darryl James) was released in March 2018, and quickly followed by “A Time And A Place” with producer/DJ Ralf GUM, which was released in June 2018 on GOGO Music. Also, in 2018, LADY ALMA was recognized by Traxsource as “Best of 2018” including: “2 Top 10s”, “16 Top 100 spins” and “60 features in DJ Top 10 Charts” to name a few.

In 2020, LADY ALMA hasn’t slowed down! She’s featured on “Landlord” by Swift Technique, which was released on Swift Technique’s indie label in January. Also in January, LADY ALMA released a compilation of remixes of her track “Make You Move” featuring renowned DJs including: Terry Hunter, Mark Francis, DJ Shannon & Lil Dave on T Box’s Records.
She plans to carry this momentum throughout 2020 and beyond, with an upcoming re-release remix of the 2015 track “Your Time To Shine” (Wipe The Needle Remix) by Sol Brown featuring Lady Alma via Makin Moves Records. LADY ALMA’s fam can also look forward to her newest single, “All The Way Far Away” scheduled for release in August 2020, with more new tracks with features from the likes of Rich Medina and Present Tense coming later in 2020.

Whether you’re in Toronto, Japan, Berlin, London, Paris, Johannesburg, or major cities across the US, LADY ALMA’s music is revered by many fans and DJs alike. As quoted by legendary dj/producer DJ Jazzy Jeff, “Oh my God…if you’re looking for some true soulful emotion, movin’ vocals…here you go…she makes me wanna throw my hands in the air & party the nite away… that’s Philly soul for ya!”.

GO BANG! Magazine: How did you first get started in music and when did you know that you wanted to pursue it professionally?

Lady Alma: l was born into this from day one. I knew I wanted to do this the moment I could talk and so it began my musical journey.

GO BANG! Magazine: How did you receive vocal training as a child growing up?

Lady Alma: I went to Girard Academic Music Program (GAMP) from 7th grade to 12th grade, graduating 10th of my class, receiving the “National Honor Roll” and “Alto of the Year” award. After school, I attended Settlement Music School for classical voice and piano.

Lady Alma: Absolutely! I would have to describe The Philly Sound as being an eclectic sound of funky jazzy uplifting soulful music, only the way Philly can do it, and if you know you know.

GO BANG! Magazine: Your vocal rhythm, timbre, tones and energy are infectious. Your vocals cause spiritual reactions similar to gospel music. Where does your soulful energy originate?

Lady Alma: I would have to say from my soul and my life experiences, good and bad.

GO BANG! Magazine: Another signature sound of your music is the Chicago House music vibe. How were you introduced to House and what is it about House music that attracts you to perform it?

Lady Alma: I was introduced to House when I attended college for a spell. Coming from a gospel background, it was inevitable to be attracted to the driving forces that House had to offer (ie..drums, keys, bass) the sounds that the producers was doing surely seduced me on the dancefloor. As for why I love to perform house music? It’s the people, the atmosphere, the music…what more can I say?

GO BANG! Magazine: In 2019, you performed here in Chicago at the 29th annual Chosen Few Picnic & House Music Festival. It is a required event to attend in the House music community worldwide. It attracts over 40,000 House music lovers each year. Can you please describe to our readers how it made you feel to be invited, to perform, as well as the audience reaction to you?

Lady Alma: First I would like to give a mad shout out to my brothers in music, The Chosen Few Djs and thank you for giving me the opportunity. If I had to describe how it was to perform for House elites, well I’ll just say it was humbling and a great big honor to rock. I’m still on cloud nine!

GO BANG! Magazine: “Let It Fall” and “It’s House Music” are two songs that are staples in the House community. Your vocals are totally different on each one, yet the feeling is the same… pure joy. When choosing songs to record, is there anything in particular that you look for that helps you decide if it’s a fit for you and do you have any input in creating the music tracks?

Lady Alma: I want to say thank you and yes it’s a feeling that I get in my heart that usually hits the moment the track starts, and yes sometimes I get to have input in the music process.

GO BANG! Magazine: You’ve had a chance to perform overseas and in other countries. How are you received by foreign audiences and is there any difference in the love that you receive from U.S. audiences?

Lady Alma: If you had asked me this years ago, I would say yes, however I have been blessed lately to be received by both sides of the world with love equally.

GO BANG! Magazine: What are you working on now that our readers should be on the lookout for?

Lady Alma: At this present time, I just released a remix of one of my tunes entitled “Your Time To Shine” by yours truly and Sol Brown and Lee Gomes (Wipe Me Down mix.) Next month I’ll be releasing a track entitled “Far Away All The Way” with my brothers in music Dj Rob Payne and David Marston on BBE records, and more works to come.

GO BANG! Magazine: The COVID-19 pandemic has caught the world off guard. How are you personally dealing with it personally?

Lady Alma: I’m dealing the best way I can. I stay in quarantine and only come out when I need too. I stay safe, sane and sanitized and I’m watching and waiting.

Lady Alma: “We are truly living in historic times, and the conversation happening now in our country is so important, and long overdue. Continuing the conversation is the key for us all; and as a collective, to bring about real change.”

“Your Time To Shine” (Wipe The Needle Remix) – https://makinmoves2.bandcamp.com/album/your-time-to-shine-wipe-the-needle-remix