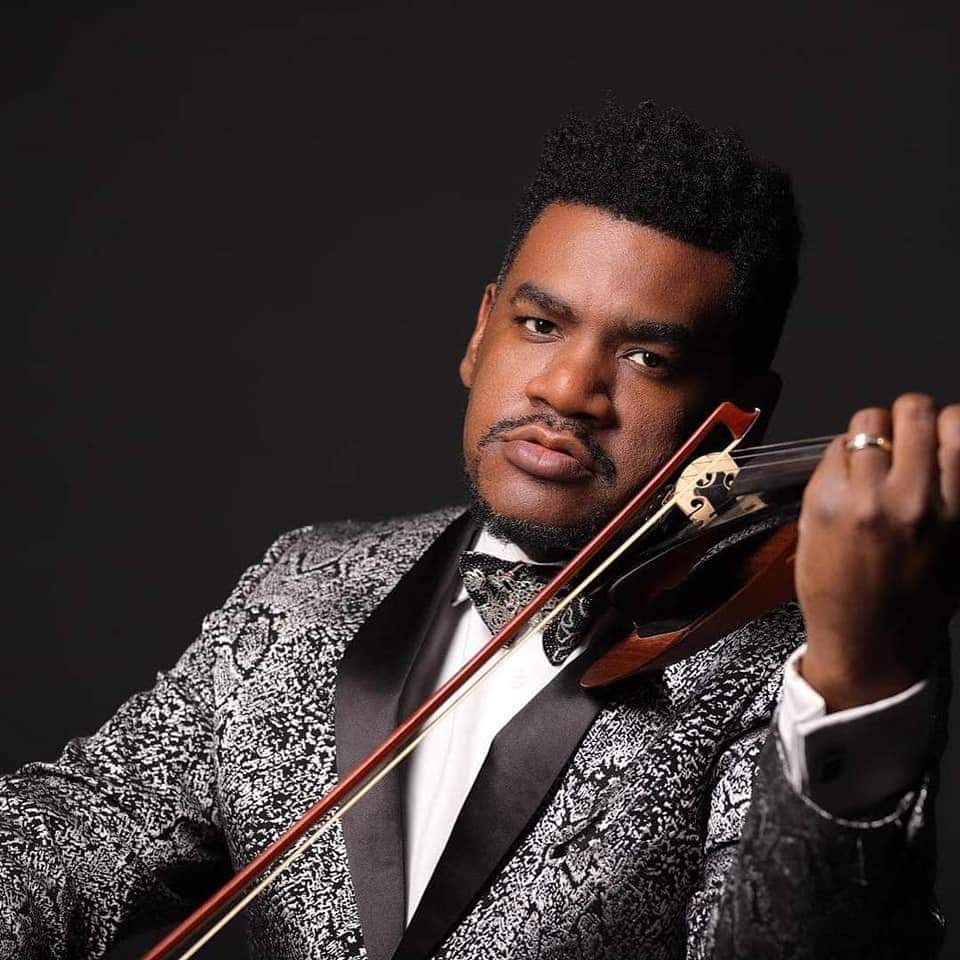 Richmond Punch is a violin virtuoso who delivers a riveting, dynamic, explosive, and powerful performance! A native of Dallas, Texas, Richmond graduated from the top-rated Arts Magnet Booker T. Washington High School for the Performing and Visual Arts. He honed his craft and earned a Bachelor of Music degree from the famous Juilliard School of Music in New York and received a Master of Music degree from the prestigious Yale University. He specializes in live jazz violin music for all types of special events including corporate, concerts, festivals, weddings and worship. As an accomplished musician, Richmond has produced 4 CDs in various genres that include Classical, Hip Hop Jazz and Gospel. The titles of his four CDs, which are available online everywhere are “Gospel Covers”, Finally”, ‘Back That Violin Up” and “Hymns for Botham”.

Throughout his career, Punch has traveled the world dazzling audiences as large as 15,000 from Mexico to Cuba and stateside from Atlanta to Anchorage and everywhere in between. Richmond is a featured entertainer for the Disney Cruise Line Entertainer, Dallas Cowboys Club and Dallas Love Field Airport. He is also a feature on Amazon Prime’s “The Focus.”

For more than 20 years now, Richmond has given much of his time to support non-profit organizations. In addition to sharing his musical talent, he has worked with mentoring programs that include Big Brothers Big Sisters as a mentor and speaker. As well, he has worked with various school districts, HBCUs and other colleges and universities across the country. Richmond currently resides in the Atlanta area.

GO BANG! Magazine: How and when did you get interested in the violin?

Richmond Punch: I was five years old when a violin was given to me at a public Montessori school.

GO BANG! Magazine: Why did you choose to play the electronic violin instead of the more traditional one?

Richmond Punch: I have played the traditional violin for years. My wife bought me the electric violin a few years ago as a birthday gift. I fell in love with it and I have been playing it ever since.

GO BANG! Magazine: You play Jazz, Hip Hop Jazz and Gospel. Please describe to our readers how the public, particularly the youth, react when they hear you performing violin Hip Hop.

Richmond Punch: I started out playing classical music at The Juilliard School, where I obtained my Bachelor’s of Music degree. I began playing Hip Hop music after listening to Tupac’s music. People are shocked when they hear me play Hip Hop on the violin.

GO BANG! Magazine: You’ve participated in the Botham Jean Foundations’ inaugural red tie fundraising gala event. Our readers may remember Botham Jean as the young man who was killed by Dallas Police Officer Amber Guyger, for accidentally entering the wrong apartment. You even met his family and became inspired to dedicate a body of work to him. How did participating in that special event and meeting the family inspire you?

Richmond Punch: I was so inspired that I wrote a song entitled “Hymn for Botham” which is available for purchase via richmondpunch.net/merch In addition, it inspired me to march for justice because in Georgia, where I now live, Ahmaud Arbery was shot by the police.

GO BANG! Magazine: You’ve had your brush with Hollywood as well. Please share one of your best experiences performing for an A-Lister, and how that opportunity affected you.

Richmond Punch: I remember performing for Bishop T.D. Jakes for nearly 10,000 people for live service and thousands more online. Later, he called me “The baddest violinist around.” It inspired me to record a Gospel CD and led to my first touring, performing in churches across the U.S.

GO BANG! Magazine: A native of Dallas, TX, but now living in Atlanta, GA, the south have embraced you. After this COVID-19 pandemic, do you plan to take your music on the road to other regions of the country?

Richmond Punch: Yes. I have already spoken to the management teams for Take 6 and Peabo Bryson. They expressed an interest in me touring with them.

GO BANG! Magazine: You offer training, as well as support non-profit organizations. Why is it important to you to pass on your musical knowledge, as well as giving back to the community?

Richmond Punch: I was raised by a single parent who received help from organizations like Big Brothers Big Sisters. I know first-hand how much these organizations help. I feel it is my duty to help, so I train and give back to the community.

GO BANG! Magazine: Please describe what your ultimate dream performance would look like?

Richmond Punch: My dream performance would be to perform with my group, “The Punch TKO’S Band: at Madison Square Garden in NYC.

GO BANG! Magazine: What new or upcoming projects would you like our readers to know about?

Richmond Punch: As a result of the pandemic, I have started online training for violin, viola, cello and piano.